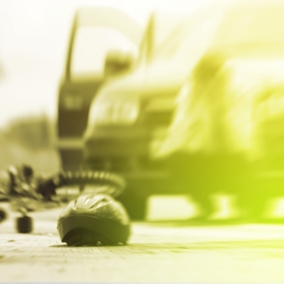 Spokane has its fair share of dangerous intersections, risky drivers, and too many bike crashes. More people than ever before are out bicycling: for exercise, recreation, to run errands, on the commute to work, or to conserve energy. Yet too often negligent drivers are frequently ignorant of Washington laws that protect bicyclists and provide them the same rights and responsivities to use public roads as motorists.

Bicycle riders are injured or killed by drivers who fail to check their blind spots before changing lanes, turn directly in front of oncoming bicyclists, back out of driveways without looking, sideswipe cyclists traveling on the shoulder, open doors in front of bicyclists, fail to stop at stop signs, drive under the influence of alcohol or drugs, or otherwise drive in a manner which risks the lives of cyclists.

Bicycle riders involved in accidents on our roads are suffering serious injuries and fatalities. These accidents are, more often than not, the fault of a motor vehicle driver who was not paying close enough attention. In 2014, according to the NHTSA, 50,000 bicyclists were injured in traffic incidents and over 725 were killed. When drivers of cars or trucks do not pay adequate attention and make moves without looking for others, it endangers lives.

The top mistakes that drivers make include:

When handling your case, Sweetser Law Office will hire the best available accident reconstruction experts to prove the at-fault driver was the cause of the accident. We will personally interview every individual who witnessed the incident and thoroughly investigate the crash. We help you understand and navigate the medical treatment process and billing issues. We also can powerfully negotiate with insurance companies to protect you from their attempts to low-ball your claim.

When riding a bicycle in our state, here are a few of the rules you should be aware of:

What to Do After a Bicycle Accident

The aftermath of a bicycle accident can be confusing and dangerous. Here are tips for safety as well for making successful claims after an accident.

Every imaginable injury can be suffered in a bicycle accident. Bicyclists are uniquely vulnerable to injury due to the lack of physical protection when being struck or thrown in an accident.

Compensation will be determined based on the type and extent of your injuries. You will typically be obtaining compensation from the at-fault driver’s insurance company. Damages may include your past and estimated future medical bills, lost time from work, pain and suffering, damage to your bike, and loss of earning capacity if you have suffered permanent disability. Our firm can help you make the strongest case possible when seeking appropriate damages.