Pain, especially pain that doesn't quit, changes a person. And rarely for the better.

The consequences of persistent pain extend well beyond the agonizing sensations of pain itself. Unremitting pain robs a person of the ability to enjoy life, maintain important relationships, fulfill spousal and parental responsibilities, perform well at a job or work at all.

Pain may be invisible but, to those stuck inside an injured body, their misery is very real:

When we talk about these trapped individuals and the pain that irresponsible conduct brings, only to the corporate lawyer retained by the multi-billion-dollar insurance company can it be argued as something cheap. To them, the human body has become a battleground. They belittle other's constant daily pain as a minor thing. The truth is, when they say that learning to live with unyielding pain is no big deal, they marginalize us all.

The injured do not enter the courtroom holding out a beggar’s cup. There is no pride in being here. The incessant pain is not a plea for other’s charity or sympathy. Sympathy does nothing to wipe away the pain. If the injured victims had a choice in the matter, this would never have happened in the first place. They never wanted to be a statistic.

The fact is, no one asks the disabled for permission before an injury happens. Their expectation is to continue living a full and healthy life free of perpetual pain, but the debilitation is thrust upon them by another’s carelessness, abruptly and without warning. They have no say in the matter. It is because of someone else, something man-made that was entirely preventable with only forethought, that he or she has been left like this.

We ask only what the law demands from those responsible for the injury. We demand just compensation for the pain cast upon them by someone else’s irresponsibility and carelessness. 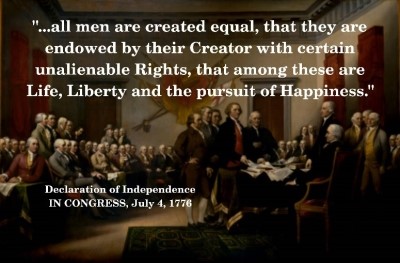 Under the law, compensation represents the final appraisal, the full fair market value, for everything we have been left to live with. Not merely compensation for a small portion of the constant pain we experience, but all of it. The compensation is not a reward for being injured. No one in his right mind would trade a fulfilling life for the misery of chronic pain. But it is never possible - those whose carelessness has robbed someone’s health and mobility will never be able to wipe away the pain and make them whole again.

The Constitution guarantees that we all have the unalienable right to life, liberty, and pursuit of happiness. Is there anything more beautiful and more valuable to take from a person? These rights are not something you take and then say they are not worth much. That is why the courthouse stands, as the place to make it right. Anything less than full justice is injustice.

Those who suggest there is no debt to be paid would do well to consider what forever pain would mean in their own lives and to their own families. Pain does something to a person. It changes a person.

Show me a man in perpetual pain and I will show you a family that has mourned with him. Like small ripples that form waves the pain will be felt. A wife that is afraid for her husband’s future, brought to tears that he will not be able to work and provide for the family, scared that she will never see her partner truly happy again. Children that 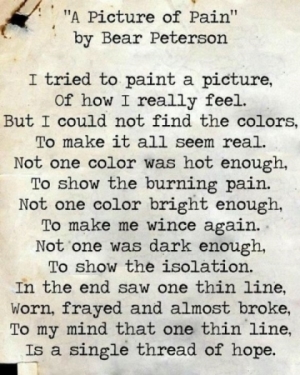 cannot understand why their father is irritable and has to suffer. A four-year-old daughter who begins to feel deserted. A seven-year-old son who cannot play catch with his dad. They sense, for the first time, that their father is not immortal. His pain is also their pain.

The harsh reality is that’s just the tip of the iceberg. For the person living in constant pain it is a tormenting and perpetual hell.

By definition, pain is absence of pleasure. Humans do not enjoy life in pain. For the man who once stood healthy with his head held high, who punched the clock to provide for his family, returned to play with his kids at night, spent time helping his wife with the grocery shopping, the pain is more than an agonizing sensation in his body. When he wakes up in the middle of the night to the reality of cold tears rolling down his face, he is not crying for sympathy. He is crying because the pain is still there. He is mourning because he will never dance again.

The hardest part, the most depressing part, is knowing one will never be the same again. The pain has taken something from them. It has isolated them with its daily limitations. Good memories of the past - the things that gave life joy and meaning - are of little use because they only serve as a reminder of what we are left to live with. The painkillers will cause their own private hell of dependency and isolation while, in the meantime, numbing a person to the fullness of life.

To lock eyes with someone who lives in unending pain, and to try to fully understand it, is something that most of us do not think about regularly. The pain literally shortchanges their time on earth by slowly wreaking havoc on the body and the mind. Pain subsumes everything - sitting, walking, thinking, concentrating, being sociable. It is daunting, exhausting and exasperating.

Pain includes feeling like a failure. Persistent pain does just that – persists. It never lets up. No matter the resolve of the person, the pain always wins. It destroys some of the most fundamental and cherished aspects of the person: independence, spontaneity, strength, balance, self-sufficiency, the ability to provide and protect, pride, self-image, dignity. If there were something that cured, or even helped people cope, with unrelenting pain then we’d know about it. It’s definitely not for lack of trying.

If these things are uncomfortable to talk about, how uncomfortable is living with them every day, forever? To know there is never an escape. There are no days off. No one can help. We can never hire a substitute to take their place. And even if someone could suffer the pain, what would be the hourly rate? How long would people be willing to work for? What would a person charge to have it be a permanent experience, to know there is no light at the end of the tunnel? And even then, to measure by the hour or by the day would still be a cheap evaluation of what has been lost. For the whole man has been altered forever by the pain. The pain is part of who he is now.

What type of civil society would America be if men and women were robbed of their good health and mobility, thrust instead into a permanent life of pain, and then told they are not deserving of a full appraisal? 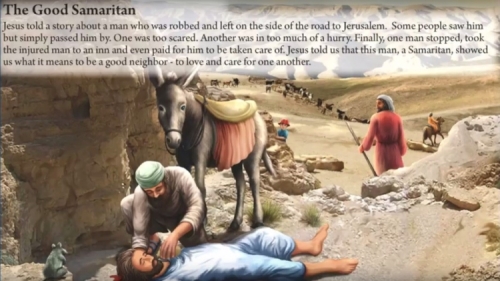 There is an old parable about “The Road to Jericho.” A man is traveling down the road when he is attacked by robbers, who strip him and beat him, and depart, leaving him half-dead. Later his neighbor is going down that road, and when he sees him, he passes by on the other side. Even a priest when he comes to the place and sees him, passes over him and does not stop. Then, along comes a perfect stranger who decides to stop, picks up the injured man, puts him on his horse, takes him to the inn nearby, and tells the innkeeper, “Here is the money to care for him.”

“We, the People,” stands for a jury of peers that serves as the conscience of our community. Wrongdoers are not entitled to a discount for what they cause. Pain is only the beginning of what has been taken, and what a man has been left to live with. The only question is: is it worth something to us in Spokane, or is it going to be something we value as cheap?
8.3.4
Categories